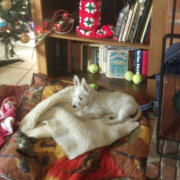 Non-profit organization needs your donation to keep its mission alive.

“Thank you for your service,” the phrase civilians often use when they encounter military personnel, seems inadequate considering the sacrifices these warriors have made.

Please give lasting thanks by making a donation to Project: Return to Work Inc. (R2W). This national organization honors returning veterans by matching them with employers who need their skills. R2W’s unique approach slashes the job-search timeframe from months or even longer to just minutes compared to services provided by government agencies. Since 1998, R2W has helped thousands of returning vets, military spouses and disabled civilians find jobs commensurate with their skills, aptitudes, and interests.

Founded by former aerospace engineer Rob Brazell, his mother, Fran Nixon, and lifetime mentor, Malcolm D. Crawford, R2W was initially conceived to help people with disabilities. Brazell, who had recently recovered from a terminal illness, decided that “instead of building rockets and satellites I would start R2W to help myself and other disabled people transition back to employment and self-worth.”

“R2W’s achievements would have been impossible without the devotion of my mother, who not only nursed me back to health during my illness and helped me launch a model business but also came out of retirement to help save it years later”, Brazell says.

Four years ago Nixon, emerged from retirement again when a car accident left Brazell with a traumatic brain injury and post-traumatic stress disorder—injuries identical to those of hundreds of the veterans R2W had served. Nixon has covered many of Brazell’s former duties since his accident, and this proud son credits his mother with keeping R2W afloat during his ongoing rehabilitation. On a personal note, Nixon purchased a puppy for her dog-loving son this Christmas, and she hopes to persuade the breeder to donate a puppy to a returning vet.

“Today R2W is thriving with fewer resources thanks to donated technology tools and bright young volunteers who understand how to use them,” says Brazell. “Without new funds, however, we’re in danger of losing grant money that is crucial to our mission. Please consider making a tax-deductible donation this holiday season.”